The XL Catlin Seaview Survey was conducted in 2012 in partnership with global agencies to document thirty-two different reefs using panoramic and high definition cameras. The goal of the survey was to create a visual database of the coral reefs that could be used by anyone interested in studying and analyzing the reefs from anywhere in the world.  Jeff Orlowski was the documentary filmmaker for Chasing Ice, which inspired Richard Vevers to propose the idea of using time-lapses of the changing coral ecosystem for Chasing Coral. Coral are living organisms composed of many smaller organisms, referred to as polyps, which have photosynthetic factories of plants and algae that provide food to polyps. They are in many symbiotic relationships with other organisms in the ocean. Coral bleaching is caused by an increase in water temperature that causes the coral to expel its photosynthetic organisms, creating coral “skeletons” that will likely die over time.

Chasing Coral taps  into the collective  will and wisdom of an  ad man, a self-proclaimed  coral nerd, top-notch camera  designers, and renowned marine  biologists as they invent the first  time-lapse camera to record bleaching events  as they happen. Unfortunately, the effort is anything but  simple, and the team doggedly battles technical malfunctions  and the force of nature in pursuit of their golden fleece: documenting  the indisputable and tragic transformation below the waves. With its breathtaking  photography, nail-biting suspense, and startling emotion, Chasing Coral is a dramatic  revelation that won’t have audiences sitting idle for long. 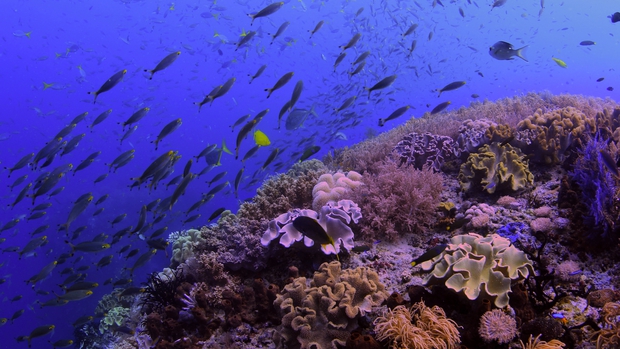