Director Jamie Jay Johnson's debut film is an affectionate and touching documentary about the struggles of growing up.

Marrying the affectionate indie humour of Little Miss Sunshine with the charm and emotion of Stand by Me, Sounds Like Teen Spirit deals with the topic of the world’s largest children’s song-writing contest including all the foibles of growing up along the way.

Sounds Like Teen Spirit follows the lives of the participants in the Junior Eurovision Song Contest 2007, and, specifically, four aspiring pre-teens from Belgium, Bulgaria, Cyprus and Georgia.

The film follows their fortunes as they proceed from the national finals that saw them crowned the representatives of their country through to the international song festival itself, held in Rotterdam, in the Netherlands, where they each compete against 16 other acts.

Featuring music by ABBA, Roxy Music, The Who, Henri Mancini and Belgium’s infamous Singing Nun, Sounds Like Teen Spirit celebrates the underdog spirit of heroic amateurism in what Varietydescribes as an ‘irrestistible crowd pleaser… delightful’.

MoviePic writes how Teen Spirit ‘leaves you all teary and tenderhearted’ and IndiePix called it ‘the hit of the festival’, following its Toronto premiere. 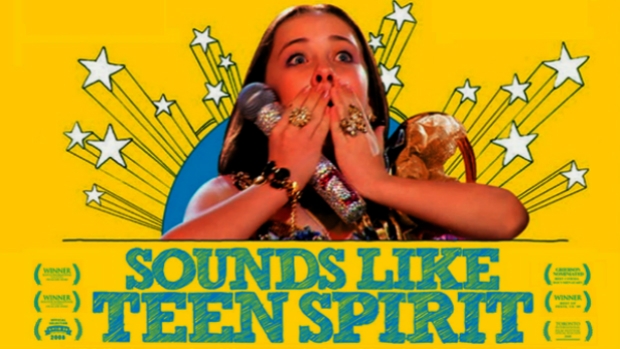