When Hilde Back sponsored a young, rural Kenyan student, she thought nothing of it. She certainly never expected to hear from him, but years later she does. Now a Harvard graduate and a Human Rights Lawyer for the United Nations, Chris Mburu decides to find the stranger that changed his life. Inspired by her generosity, he starts a scholarship program of his own and names it for his former benefactor.
Documentaries Category Humanitas Prize 2011
Vision Award NAMIC 2011
Filmmaking Excellence Nantucket Film Festival 2010
Audience Award Nantucket Film Festival 2010
Nominated: News & Documentary Emmy 2011
Purchase a copy

The top students in Mukubu primary school are in the exact same situation as Chris once was. They are bright, but can’t afford to pay school fees. With the creation of Chris’ fund, these students have new hope. But the program is small; how many will qualify for a scholarship?

Using a strong narrative, the film interweaves seemingly separate lives into a cohesive whole. With clarity and grace, A Small Act, bears witness to the ripple effect a single action can create. 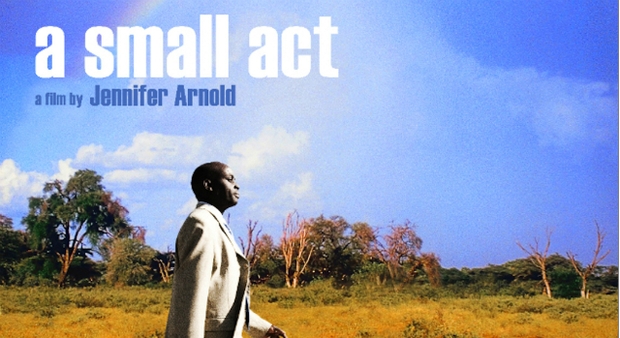