Glaciers are receding at an alarming rate not previously seen due to atmospheric and oceanic warming. James Balog, an award-winning nature photographer and geomorphologist, sets out to combine his love of nature and photography and capture the visual evidence that glaciers are disappearing rapidly by photographing 22 different sites in Iceland, Alaska, and Greenland over a period of 5 years using video and time-lapse photography. Blalog is also confronted with health issues and risks while conducting the study with his team, and the film provides a deep, personal connection between he and his family in regards to his love of exploration and nature photography.

Acclaimed  environmental  photographer James  Balog was once a skeptic  about climate change.  But through  his Extreme Ice Survey, he discovered  undeniable evidence of our changing  planet. In Chasing Ice, Balog deploys revolutionary  time-lapse cameras to capture  a multi-year  record of the world's changing  glaciers. His hauntingly beautiful videos compress years into seconds and capture ancient mountains of ice in motion as they disappear at a breathtaking rate.

Traveling  with a team of young adventurers across the brutal Arctic, Balog risks his career and his  wellbeing in pursuit of the biggest story facing humanity. As the debate polarizes America, and the intensity of natural disasters ramps up globally, Chasing Ice depicts a heroic photojournalist on a mission to deliver fragile  hope to our carbon-powered planet. 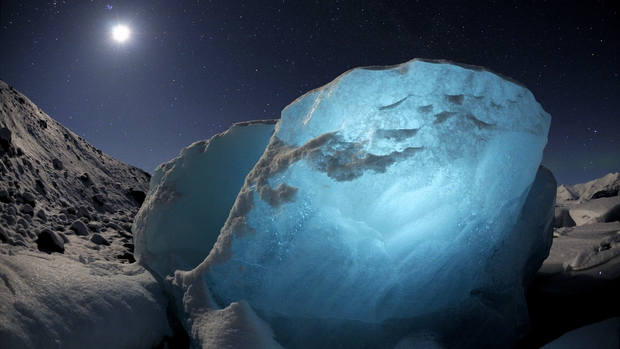